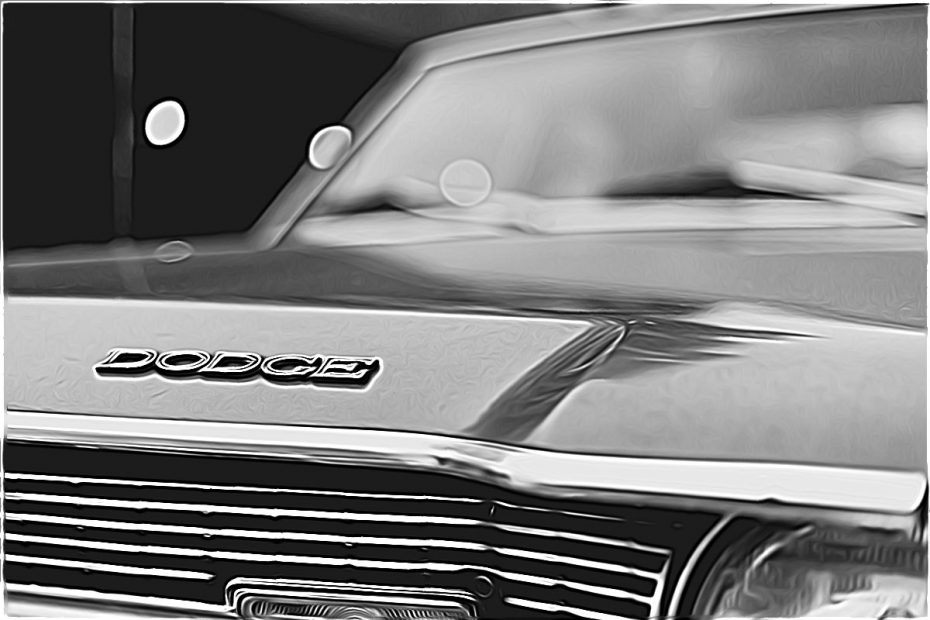 My grandfather had a fairly new silver Dodge Saint Regis back when I was a sophomore in college, which eventually became my car when he got a new one.  On the particular late-winter weekend of our story, Grandpa was going away for a visit (or perhaps to a conference) and didn’t require the use of his car until late Sunday afternoon.  My Dad, on the other hand, needed the use of car – any car — since the Schlosser family vehicle had conked out on him and was in the garage being fixed.  My Grandpa offered him the use of the Dodge, and Dad accepted gladly.  So Grandpa dropped off the Dodge at our house on Friday evening, leaving it to the tender mercies of my family while he went away.

Everything went smoothly on Friday and Saturday.  It wasn’t until after church on Sunday that things went awry, when my brother received permission from my father to drive the Dodge to a friend’s home after church.  As he was traveling along one of the nice side roads near our home, Tim spied an old country lane (just a dirt trail now, though a hundred years ago it was a main road) that he had used once or twice during the past summer as a short cut over to the town in which his friend resided.  A chain usually blocked the old lane from through traffic, but it was open on this particular chilly winter day.  A dusting of snow lay across the farmer’s fields through which the lane wound; but Tim had traveled this path before, and was confident that he could go off-roading without difficulty, in spite of the freezing ground and the snow.  So he turned the Dodge into the old lane and started down the trail toward his friend’s town.

Unbeknownst to my brother, the melt water from the previous mild days had flooded the nearby Raritan River; and the farmer’s field — part of the flood plain for the Raritan – had filled up with water.  The old lane was now acting as a branch of the river, though this was not immediately visible due to the fact that the river water had frozen during the night and the ice was topped by a dusting of snow.  Tim did not become cognitive of this change in topography until the back two wheels of the Dodge broke through the invisible ice and plunged into water up to the trunk.  Conscious that his life-expectancy might very well be shortened by this turn of events (due more to my father’s probable reaction than to the flooded condition of the car), Tim ripped off socks and shoes, rolled up the legs of his Sunday suit, and plunged into two feet of icy water to check out the situation.  The car was stuck fast in the mud under the water.

Tim hurried in bare feet through the icy rough field, collecting branches and logs to wedge under the tires.  When he had accumulated enough detritus, he hopped back into the car with the door open to try to rock the car out of the muddy water.  Looking frantically toward the back of the Dodge as he put the car in reverse and gunned the motor, Tim failed to see the wave of mud generated by the car’s backward motion until it slammed into the open door and right on top of his Sunday suit.  Wet, muddy, and cold, my brother still struggled to perform the Herculean task of removing the car from the newly-formed branch of the river for another twenty minutes before giving in to the inevitable.

Shaking with cold (not to mention nerves at my father’s reaction to this news), Tim raced back up the lane to the main road and began knocking on doors.  At the third house, his luck changed for the better (or the worse depending on how Dad was feeling that afternoon).  The master of the house opened the door to his knock and let him borrow the phone.  Fortunately for Tim, distance prevented my father from doing more than scolding him for this latest escapade.

Conscious of my grandfather’s imminent return, Dad quickly turned his mind from possible punishments for his wayward son to probable solutions to the problem of the Dodge.  Remembering that our neighbor owned a garage and had a tow truck which he might be prevailed upon to use, Dad ran up the street and explained the problem to Bob.  Having a son of his own, Bob was sympathetic to my father’s situation, and got out his tow truck on this late Sunday afternoon to rescue Tim.  The old lane was only five minutes from our house, but it took Bob a good forty minutes after reaching the dirt road to figure out how to get the tow truck close enough to the Dodge to rescue it without condemning the tow truck to a similar fate.

An hour and a half after the Dodge broke through the ice, it was finally pulled out onto dry, frozen land.  Tim took one look at the mud spattered vehicle and aimed it straight for the local car wash, where he scrubbed away at the mud which was all over the exterior of the car as well as inside the driver’s seat.  Tim pulled into our driveway a scant half-hour before Grandpa.  By tacit agreement, he and Dad decided to refrain from telling my grandfather about the car’s unexpected plunge into the river, since all was well that ended well.

After greeting my father and Tim, Grandpa pulled his suitcases out of his friend’s car and took them over to the impeccably clean Dodge.  Visibly impressed by its shining condition, he thanked my Dad for getting the car washed while he unlocked the trunk.  Lifting the door, Grandpa hefted up his suitcase and then paused in mid-swing as his gaze was caught by six inches of muddy river water sloshing around inside the trunk.

“Ah, Dave…” said my grandfather to my Dad in a fairly calm voice, (considering the circumstances) “Is there something you should be telling me about?”

It was at this juncture that Tim beat a hasty retreat back into the house, leaving my father to face the music alone! 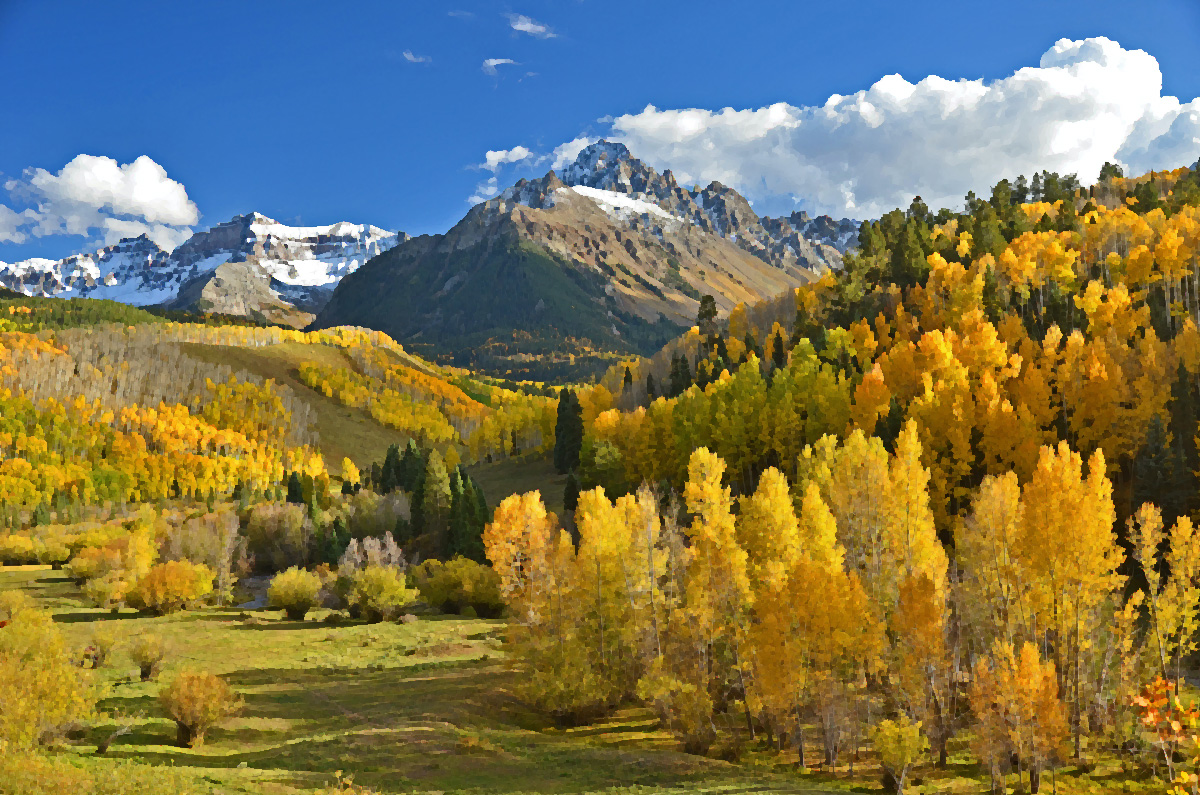 This morning I went up to Lookout Mountain to visit the grave of Buffalo Bill Cody. What a view! Snow capped mountains to the west, the foothills and prairie to the East. I walked through the small museum depicting his life and achievements. He was a real showman, and much of the way we think about the Wild West had its routes in his shows. 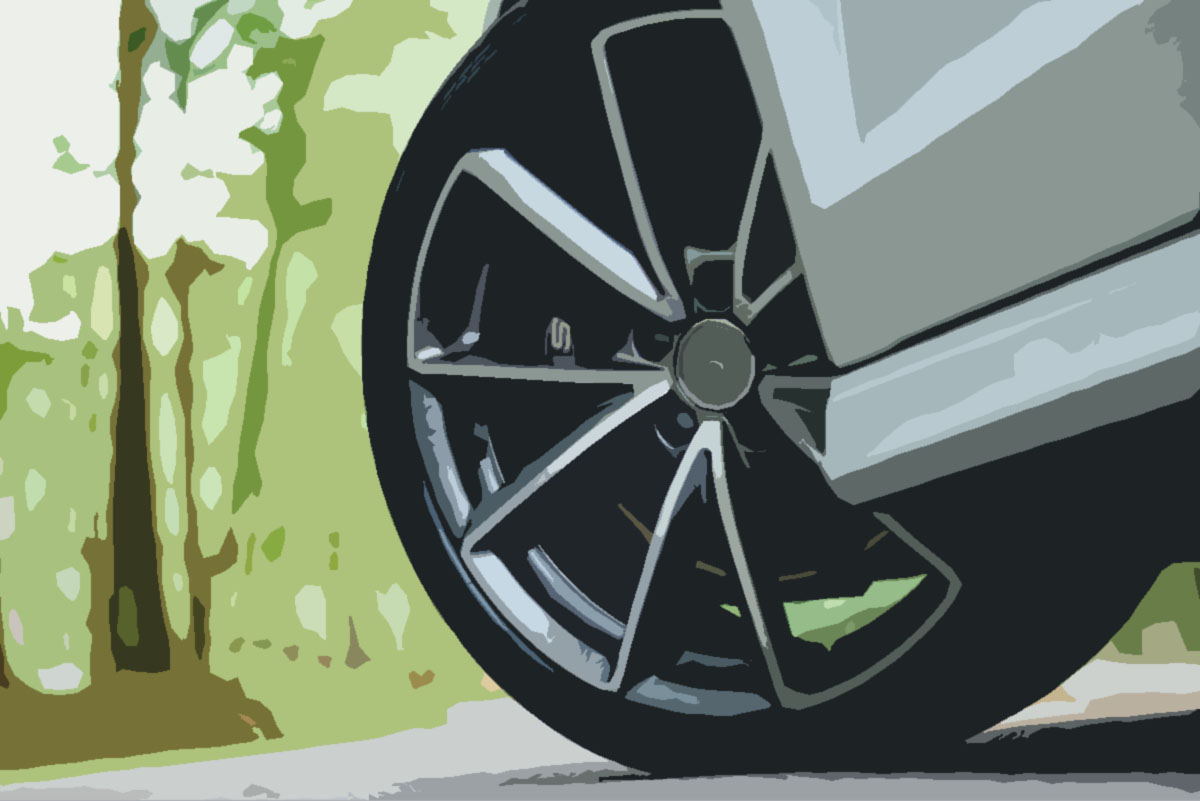 The Center of the Tire

We were all sitting around enjoying another beautiful day of sunshine and warm weather outside our Rat Lake cabin when Tim was struck with an idea. “Why don’t we go for a boat ride this afternoon on Lake Bitabee?” he asked the general populace – which consisted of his fiancé Arlene, myself (his older sister), two little sisters, and our parents. This idea met with general approval from Arlene and myself, but Mom and the younger crowd elected to stay at the lake and Dad wanted to spend the afternoon fishing. 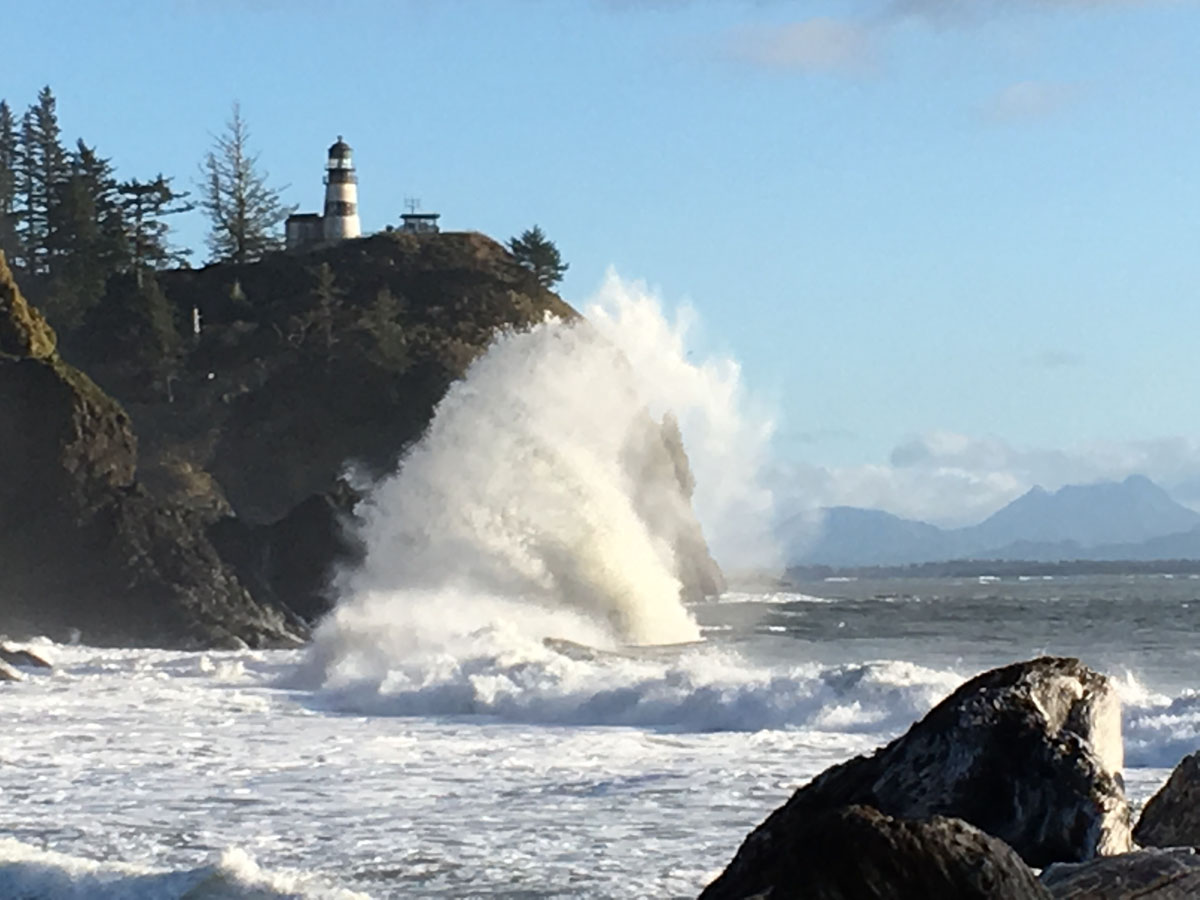 Whew! That 6 hour flight from Newark to Washington is extremely long and cramped. It’s amazing how you can leave at 7:30 am and still be in Seattle before noon!
I got myself through the baggage claim and rental car with minimum of fuss and headed off toward Tacoma, lunch, and Port Defiance State Park. The day was crystal clear, and Mount Rainier loomed fantastically on the horizon as I drove south. I love a place with snow-capped mountains, and I was already loving Washington!