The Pig That Went to Church 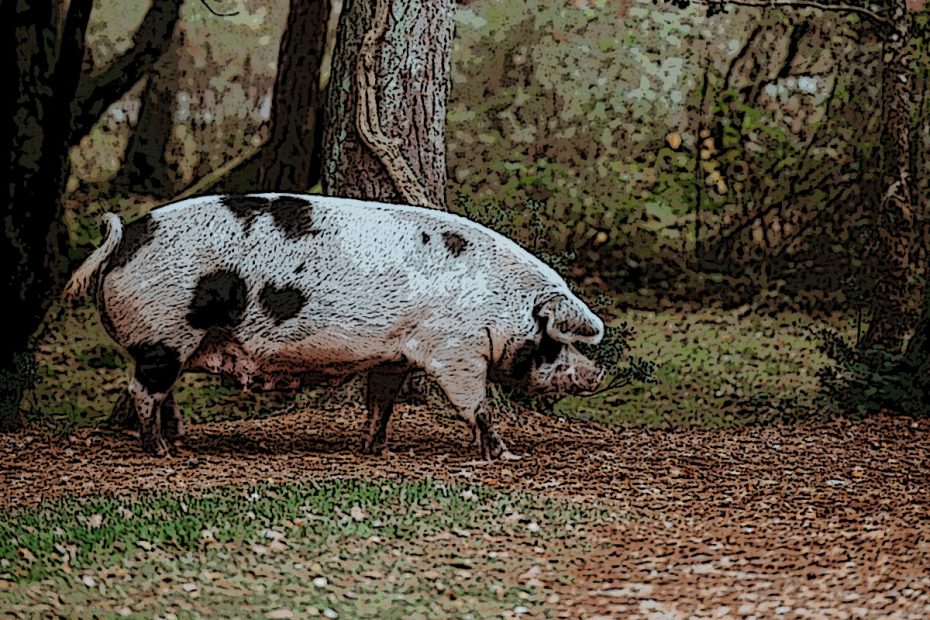 In the nineteen-thirties and early forties, when my grandmother Mildred was a young woman, she settled in New Jersey with her husband Loyd.   They lived in an old green farmhouse surrounded by fields, with few neighbors, and a large white church with a revival-style campground just up the block from their home.

And Loyd was an electrical engineer by day and a lay pastor for the Free Methodist Church at night and on weekends.  Mildred was a nurse and a mother who happily juggled her career around the lives of four children and a very active minister.

The family maintained a large kitchen garden, a grape orchard, and some hens and pigs to supplement their food bills.   Much of this work fell to Mildred, who spent many a Saturday washing laundry by hand, ironing, cleaning, and cooking.  She also helped look after the livestock until the children were old enough to take over this chore.

One year, a very small pig joined the family.  It was a cute little female pig – due to be bacon in the fall.  Her engaging personality soon earned her the name Sal, though Mildred came from the old school Pennsylvania Dutch clan that knew however much you enjoyed Sal growing up, her eventual fate was to feed the family during the winter months.

Happily unaware of this future, Sal fell in love with Mildred and started following her around everywhere she went.  The pig learned fairly early how to escape from the pen, and no one was terribly stringent about returning her to her abode.  Sal grazed near the clothesline while Mildred hung the washing, peered inquiringly at the chickens when Mildred took them their mash, lay contentedly in the shade near her feet while she snapped green beans, tried to enter the garden while she weeded (though she was shooed away before she could eat the vegetables) and was heartbroken when she returned into the house.  Sal herself attempted to enter the house a few times, but was promptly evicted, and was forced to wait longingly for her favorite to come out-of-doors again.

The children were delighted by the friendly pig, but none of them captured her heart the way Mildred did.  Worst of all to Sal’s mind were the days when the family dressed up in their finest and marched over the field to the small church at the top of the street, where Loyd ministered weekly to his flock.  She would disconsolately watch this procession from the pen where she had been securely latched in, her snout pressed against the wire until Mildred disappeared from sight into the church.

One day, Sal could bear the Sunday separation no longer.  Expertly unlatching the door to the pig-pen, she trotted across the field and clambered up the cement staircase to the large portal of the church.  After a few experiments with the handle, Sal managed to get the door open, and trotted into the vestibule.

What an amazing place this was, covered with a dark red carpet and filled with pamphlets and other paraphernalia.  But Sal was a pig on a mission, and her nose told her that Mildred was ahead of her, in the big echoing room where Loyd was declaiming his sermon in the best tradition of the evangelist (loud, and when you’ve got an important point, very loud.)

Sal poked her snout through the open doors to the sanctuary and peered inside at the funny long wooden pews facing the altar, and all the people sitting in their fancy garb, their eyes fixed on Loyd.  Then she spotted Mildred in the front pew, gazing piously up at her husband, and she let out a snort of joy.  Heads turned as the pig trotted down the carpeted aisle.  Loyd stopped in mid-declaim, his mouth dropping open in shock.  All around him, the congregation broke out into startled whispers and the children started giggling and pointing.

“It’s Sal,” little David exclaimed to his sisters, as Mildred stared at the rapidly approaching pig in shock and horror.

Sal broke into a lope, grunting happily, her muddy body perfuming the air of the sanctuary with the unforgettable smell of the farmyard.  She slid to a halt right before the altar, thrusting her large head into Mildred’s lap.  Pandemonium broke out all over the church, but the noise was pierced by a shout from the pulpit.  “MILDRED!” roared her evangelist-husband,  “Get that pig out of here!”

She tried to shove Sal’s head out of her lap, but the pig refused to be parted from her beloved.  It wasn’t until Mildred rose and tugged on her neck that she deigned to move.  It took a few more shoves from both Mildred and her son David before Sal was removed from the altar.  But when Mildred finally headed for the side door nearest the pulpit, the pig followed her out of the sanctuary and into the hall.

Mildred was tempted to push the pig out the door and slam it in her face, but she knew that Sal would just go around to the front and nose her way back into the vestibule.  With a sigh, she escorted the pig all the way, to the delighted sound of Sal’s grunting.  The pig was downcast to be thrust back into her pen, but Mildred ignored her pleading eyes and found several big boards to wedge across the door, preventing further egress.  By the time she was finished, the first of the congregants was filing out of the church, and were casting their eyes across the field curiously to see what had become of Mildred.  Straightening her hat and shaking out her skirts, Mildred marched across the field to face the music.

The pig pen received a brand-new, pig-proof latch before the end of the day, and Sal never went to church again. 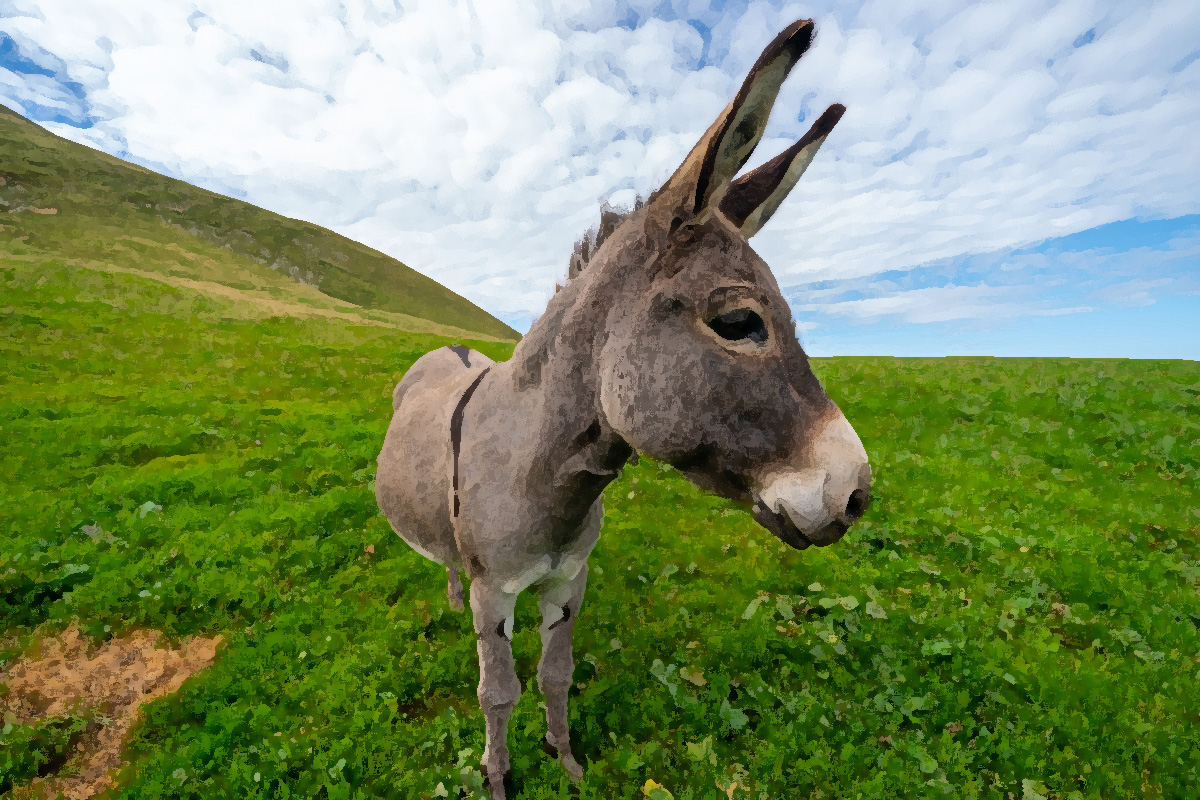 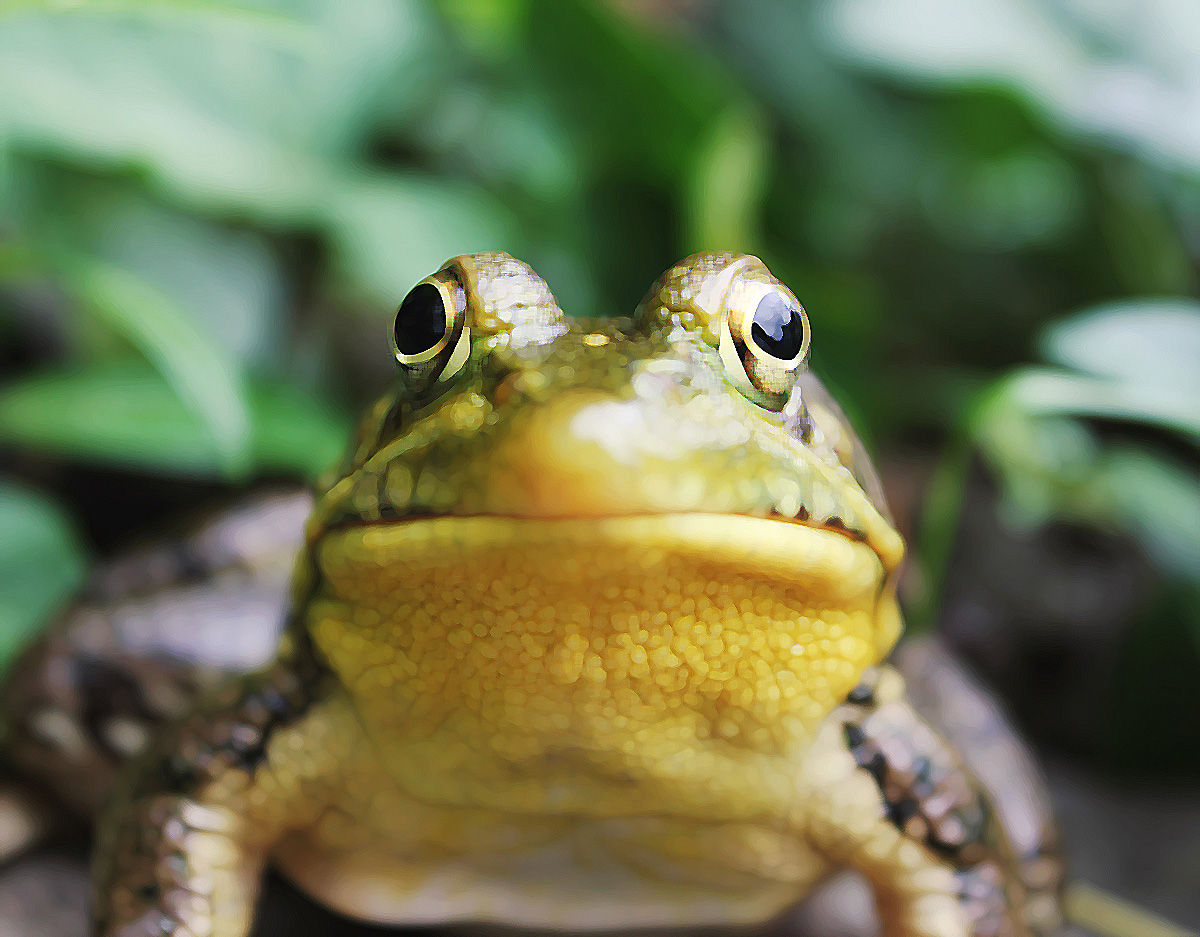 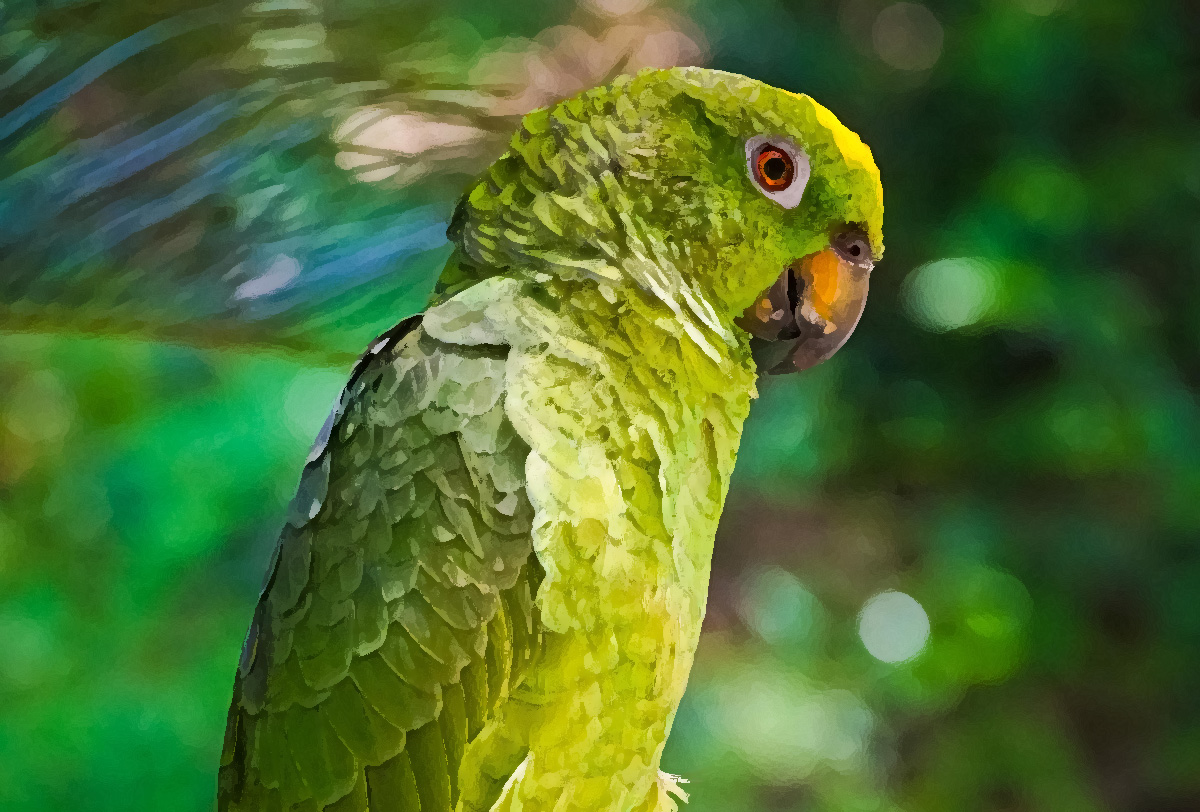